skip to main | skip to sidebar

"Have been unavoidably detained by the world. Expect us when you see us."


*Another note on the door* 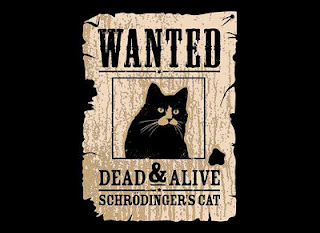 "Hope this makes you smile today. I did. mob wendos, Nyambura."


"Some people appear to be happy, but they simply don't give the matter much thought. Others make plans: I'm going to have a husband, a home, two children, a house in the country.

As long as they're busy doing that, they're like bulls looking for the bullfighter: they react instinctively, they blunder on, with no idea where the target is.

They get their car, sometimes they even get a Ferrari, and they think that's the meaning of life, and they never question it. Yet their eyes betray the sadness that even they don't know they carry in their soul. Are you happy?"  Paulo Coelho (From the book, The Zahir)


"...The past is always with us. Where we come from, what we go through, how we go through it; all this shit matters. Like at the end of the book, ya' know, boats and tides and all.

It's like you can change up, right, you can say you're somebody new, you can give yourself a whole new story. But, what came first is who you really are and what happened before is what really happened.

He frontin' with all them books, but if you pull one down off the shelf, none of the pages have ever been opened. He got all them books, and he hasn't read nearly one of them. Gatsby, he was who he was, and he did what he did. And 'cause he wasn't willing to get real with the story, that shit caught up to him."  D'Angelo's take on F. Scott Fitzgerald's The Great Gatsby.

The perks of being an armchair athlete...

With the Olympics over, I've been feeling -all week- like it is 4 am and I've just come from a rave.

You know, 'twas an epic night. I'm savouring that euphoric feeling...and yet...and yet it is tinged with an all-too familiar here-comes-the-crush sensation. By crush, I mean that sinking feeling that sets in the minute it hits you that the mundane will be waiting for you the minute you wake up...
I love the Olympics. It is the one time I get to indulge my inner armchair athlete to the max.

Swimming, track events, basketball and women's beach volleyball have always been my fave events and a must-watch, but I always find myself watching events I would never bother to watch on a normal day like judo, gymnastics (which I can only describe as eye-popping insane), synchronised swimming, diving and fencing (this year, I pretended to be Arya Stark taking her 'dance' lessons). Hell, I even surprised myself by watching the entire Japan Vs. USA women's soccer final and I'm not even a soccer fan.

But it doesn't just stop there...

-I'll happily ogle, then get into a passionate ogle fest daily analysis with like minded individuals the next day...
-Solemnly swear (I usually mean it at the time) that I will never ever skip any of my walking/jogging sessions...
-Be reminded of the fact that I'm not the only person on earth who unleashes their inner fan girl/boy and that they know how to have an Olympic-themed ball.

The human stories. I get to (re)discover and be wowed by the infinite depth of the human spirit. That is what gets eternally etched on my mind. And the entire Olympic experience-even when mixed in with the not so cool- is profound and magical...There were the moving wins and heart breaking losses; history was written and re-written, legends were born...and of course, to top it all off oh-so beautifully were the quirks and light moments. I toyed with the idea of doing a recap, in photos and videos, but then I found out that Eddy Kimani had already done a super cool recap of the 2012 Olympics.  Do click and enjoy, people.

But before I sign out, I leave you with a few of my honorable mentions in the  'light  moments' category that were not featured on Eddy's list:

-The US Olympics swimming team decided to get creative and made  this fun "Call me maybe" video .
-Watching the camaraderie between members of some teams was special. For a second, it almost seemed like they were not in a competition. And in some cases, in a competition where they were pitted against each other.
- I discovered (to my delight) that  Hip hop and equestrian games can mix oh-so beautifully (on hearing the track, I snorted my coffee)...

-I went all 'I can't believe he just said that out loud' when Nicholas Bantum of the French B-ball team remarked, "I wanted to make sure he had good reason to flop."  AFTER punching Spain's Juan Carlos Navarro in the groin. Apparently, Bantum was seriously pissed and tired of the Spanish team's 'diving' tactics.

Aaaaand, I just have to give it up to the creators of all those crazy Olympic-themed memes that had me busting a gut in the office.

I actually found myself pondering on how to pull off the McKayla Maroney peeved look (thanks to this meme) and still look as badass as she did... 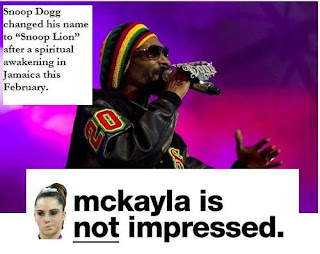 -Then they anted it up with the  mofarahrunningawayfromthings meme...

FYI, TDKR is a seriously awesome, gloriously dark movie...Say, Mo would have been an unforgettable extra, no? 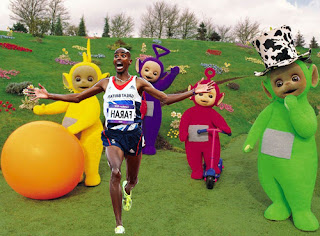 "Mo, I feel you. They seriously creep me out too."


*
A brief side note (rant): To those who threw a hissy fit (our local Tv stations had me pressing the mute button during prime time news) 'cause of Kenya's performance, I'll say this: Athletes do know when they have come up short and they do beat up themselves over their performances. Alot. Their reaction alone can easily tell you that.

Don't be that guy who makes it his mission to rip into them just 'cause you can. Especially not when you're seated pretty on the sidelines; merely watching the action. It's not cool (plus, there's something so disturbingly easy and spiteful about it it seriously bugs me out).

We all win and lose some. You can't be on top all the time. The cool thing...the important thing is to work at it. Do show up, give it your absolute best and when it is over, go back to the drawing board...tomorrow, win or lose, is another day.

I watched several Olympians from various countries who had either not made it to Beijing (either due to illness, injury, or failed to make the cut during national trials) or simply lost at Beijing, find redemption in London.


With that in mind, let's remember, there's always Rio.

Nyambura, go the F**k to sleep.

See, it is fifteen minutes past midnight and I still can't sleep. I went to bed an hour ago but all I can do is toss and turn. Counting fluffy sheep didn't help.
Truth be told, sleepless nights like this are not alien to me and they do not bother me...Much.
True, I'm so going to be in trouble five hours from now when the muezzin in the nearby mosque calls.
I'll hit the snooze button thrice, grumpily shower and dress up, skip breakfast and rush to the office where I'll do the zombie shuffle till mid morning.
But there is something about the stillness and alone-ness of midnight that I find enchanting. It is the one time of day that I thoroughly enjoy retreating into my mind. Everything for me feels heightened; the silence is louder, the stars are brighter, the monsters under the bed seem spookier, the cold bites and I can taste every subtle nuance of the emotions stirring within...
So I'll pick a book and read or watch re-runs of my fave shows, reflect some or brood as I scribble and doodle in my notebook till I drift off.
Tonight I roll out of bed, grab a duvet and patter to the living room, throwing it on the couch before heading to the kitchen. I pour myself a bowl of cereal, chop up a banana, throw in the slices, cover it all up with warm milk and voila: a tasty midnight snack.
My mind is too dog tired to read (I'm currently reading 03 books:  A dance with dragons by George R.R. Martin, The Great Gatsby by F. Scott Fitzgerald and Fearless fourteen by Janet Evanovich) and the best it can do is muse idly while unwinding...
Armed with my snack, I settle in the couch tightly wrapped up in my duvet and start watching re-runs of Friday night lights; the only show to ever make me tear up in recent times. To me, it will always be a timeless, achingly beautiful classic.  It was not every one's cup of tea -if your attention span is abysmal or gravitates towards the adrenaline-pumping, jaw dropping dramatic, then you won't be able to sit through an entire episode of FNL much less watch all the five, sublime seasons.

I could ramble on and give you a detailed review, but the hour is ungodly and I'm worried my review won't do the show justice so I won't. However, if you're into soulful stories that are character driven, awesomely written and have heart, then by all means add the show to your must-watch tubey list. But first, do watch and savour this FNL trailer; a beautifully poignant montage that captures everything I loved about this show...

Stuff that makes me smile on a cold, Saturday morning...

I'm heading to the office and it is 0730 hrs when we pass by Traffic police headquarters.
Directly across its entrance is a Flora toilet roll billboard facing away from Nairobi Hospital. On it is this young chap in a white vest, wearing a crown...aaand he's taking a dump in the loo. The guy has this Urm-I-think-I-can-feel-one-coming expression on his face and it is simply hilarious.
The fact that my mind is replaying memories of certain storytellers, who shall remain nameless (I never said it was Ziggy!) narrating to me...nay, acting out the craziest bathroom tales is not helping me keep a straight face (fyi, I'm in a matatu).
The caption at the top reads: 'Comfort fit for a king.'
Now I never even knew there was a brand of Toilet roll called Flora and I don't think I'll buy it when I do see it. What I can bet on, is that it will always make me think of the 'King'. And the thought of him will leave me smiling.

Here's to a lovely weekend.

Nyambura
Posted by Nyambura at 2:42 AM 3 comments:

The one with the short story...

Nyambura
Hmmm...here's 12 things about me: I drink insane amounts of coffee; I’m generally level-headed except during a full moon; I don't like chocolates; I loathe small-mindedness; I have a temper; I don't get cynicism; I'm a Tv junkie ; I love comics/graphic novels too; Procrastination afflicts me; Laughter's THE cure to my blues; My brain; home of the little voices is my fave body part & My sis Vicky's super awesome;she gets why I just have to scribble what-nots & won't let me be till I'm done scribbling...